In 1988 International Business Machines (IBM) rolled out the AS/400 computer system. It was revolutionary at the time with an integrated hardware, operating system (OS/400) and core functions that included a proprietary database. Through the AS/400 lifespan the hardware and software have evolved into today's IBM i Systems and iSeries before that.

The IBM System i now includes an extensive library-based operating system "IBM i" and is also capable of supporting multiple instances of AIX, Linux, Lotus Domino, Microsoft Windows 2000 and Windows Server 2003. While IBM i, AIX, Linux and Lotus Domino are supported on the POWER processors, Windows is supported with either single-processor internal blade servers (IXS) or externally linked multiple-processor servers (IXA and iSCSI). iSCSI also provides support for attachment of IBM Bladecenters. Windows, Linux, and VMware ESX(VI3) are supported on iSCSI attached servers.

Midland encourages companies to download and compare AS400 software products, because it is important to know what you are buying before it is too late.

Please contact us to schedule a product demonstration, download AS400 software trials or to get prices for budgeting.

Security and Data Protection Solutions for 2021

Securing exit point access to the AS400, DB2 database file and commands is critical where sensitive data rests. The AS400 has many access paths in which must be audited and secured for various internal and external access vulnerabilities, threats and regulatory compliance requirements. We provide a variety of AS400 security tools to secure AS400 exit point access using exit programs, DB2 Access and Changes, Command Controls, Port Security and Multi-Factor Authentication to ensure your security policies are being enforced, and industry leading reporting technologies to satisfy auditors and event log forwarding and integration tools for SIEM and ticketing systems.

Any AS400 DB2 database file with sensitive data should be encrypted or have a similar data protection mechanism in place to mask or hide the original data. AS400 encryption using AES256 algorithm is the safest and most accepted security measure for protecting sensitive data at rest. If variables or other circumstances exist where some DB2 fields cannot use encryption and a compensating control is approved for masking, scrambling or tokenization, we have all the tools necessary to protect your AS400 database in one suite of data protection tools. Our AS400 encryption software is validated by the National Institute of Standards and Technology (NIST) for IBM i AES database encryption. Encryption software includes a key management system and supports third party OASIS KMIP-compliant key management solutions.

The AS400’s exceptional reliability is not a scapegoat for companies to not take necessary precautions to implement a business continuity plan. Ensuring mission critical applications remain available in the event of planned and unplanned downtime events will undoubtedly save a company money in the long run. Unplanned disasters are typically not the costliest or even common TCO measurement. Availability events that cause the most disruptions and affect business continuity on a AS400 system, are almost always related to planned downtime events. With the exception of IBM z Mainframe systems, IBM i Power and AS400 Systems have ranked number one in availability for 12 years in a row according to the ITIC. In fact, the most recent Global Server Hardware Server OS Reliability statistics results show the IBM Power system platform averaged only 1.54 minutes of unplanned downtime per server as a result flaws in IBM hardware. 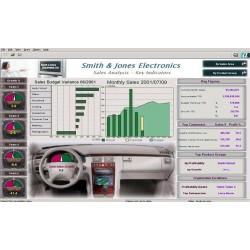 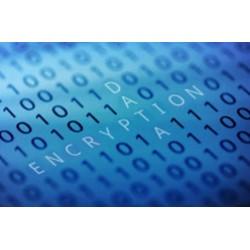 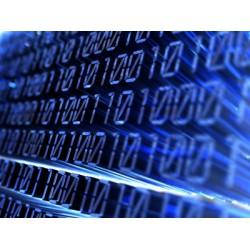 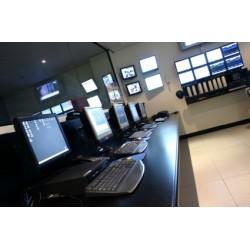 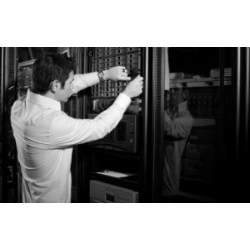 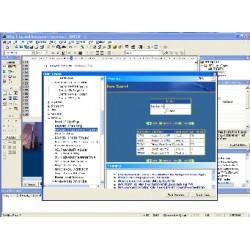 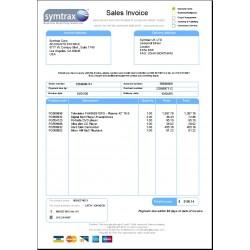 The IBM System i, then known as the AS/400, was the continuation of the System/38 database machine architecture (announced by IBM in October 1978 and delivered in August 1979). The AS/400 removed capability-based addressing. The AS/400 added source compatibility with the System/36 combining the two primary computers manufactured by the IBM Rochester plant. The System/36 was IBM's most successful mini-computer but the architecture had reached its limit. The first AS/400 systems (known by the development code names Silverlake and Olympic) were delivered in 1988 under the tag line "Best of Both Worlds" and the product line has been refreshed continually since then. Guy Dehond from Inventive Designers was one of the beta-testers of Silverlake. The programmers who worked on OS/400, the operating system of the AS/400, did not have a UNIX background. Dr Frank Soltis, the chief architect, says that this is the main difference between this and any other operating system.
The AS/400 was one of the first general-purpose computer systems to attain a C2 security rating from the NSA (Gould UTX/C2, a UNIX-based system was branded in 1986[6]), and in 1995 was extended to employ a 64-bit processor and operating system.
The 1995 change-over from 48 to 64-bit required that all programs be 'observable', i.e. that the debugging information had not been stripped out of the compiled code. This caused problems for those who had bought third-party products that had no source and no observability. In 2008, the introduction of V6R1 caused similar problems, although this time IBM preferred to call it a "refresh".
In 2000 IBM renamed the AS/400 to iSeries, as part of its e-Server branding initiative. The product line was further extended in 2004 with the introduction of the i5 servers, the first to use the IBM POWER5 processor. The architecture of the system allows for future implementation of 128-bit processors when they become available.
Although announced in 1988, the AS/400 remains IBM's most recent major architectural shift that was developed wholly internally. Since the arrival of Lou Gerstner in 1993, IBM has viewed such colossal internal developments as too risky. Instead, IBM now prefers to make key product strides through acquisition (e.g., the takeovers of Lotus Software and Rational Software) and to support the development of open standards, particularly Linux. It is noteworthy that after the departure of CEO John Akers in 1993, when IBM looked likely to be split up, Bill Gates commented that the only part of IBM that Microsoft would be interested in was the AS/400 division. (At the time, many of Microsoft's business and financial systems ran on the AS/400 platform, something that ceased to be the case around 1999, with the introduction of Windows 2000.

The ILE (Integrated Language Environment) programming environment allows programs from ILE compatible languages (C, C++, COBOL, RPG, Fortran, and CL), to be bound into the same executable and call procedures written in any of the other ILE languages.
The IBM System i fully supports the Java language, including 32- and 64-bit Java Virtual Machines (JVM).
Commands in the Control Language (CL) are promptable using the keyboard F4 function key, and most provide cursor-sensitive help to make specifying command parameters simpler. All command names and parameter keywords are based upon uniform standardized and mostly 3-letter abbreviations for verbs and subjects, making for easy rendering and interpretation by the application developer, as opposed to other operating systems with often cryptic or inconsistent command names for related functions or command parameter switches. For instance, the parameter keyword to apply a text description to any object to be created or changed is spelled the same way for all such commands.
Examples:
Support for 5250 display operations is provided via display files, an interface between workstations, keyboards and displays, and interactive applications, as opposed to batch processing with little or no user interaction. ASCII terminals and PC workstations are equally and well supported, also via internet or LAN network access supplemented by either IBM or non-IBM communication software, for example TELNET or TELNET 5250.
IBM systems may also come with programming and development software like Programming Development Manager.

Distributed file and relational database services
In 1986, System/38 announced support for Distributed Data Management Architecture (DDM). This enabled programs to create, manage, and access record-oriented files on remote System/36, System/38, and IBM mainframe systems running CICS. This support was extended into the AS/400 and its follow-ons. It was enhanced to support additional services that had been defined by DDM and to support AS/400-specific extensions, as allowed by DDM.
In 1990, the AS/400 announced support for Distributed Relational Database Architecture, which is based on DDM.
Tweet