IBM QRadar pricing is determined by the number of event logs per second and network flow logs per minute the SIEM must ingest.

On average, QRadar will replace 6 customer installed security products. Furthermore, QRadar is considered by industry experts to be one of the most advanced and mature SIEM tools on the market, that can also integrate with a customer’s existing security defenses.

There are in fact a number of variables that should be considered when comparing QRadar pricing and total cost of ownership to other SIEM tools. On average, QRadar pricing for initial licenses, on-going support and maintenance for a small company will cost around $155K over three years, a mid-sized company 3 year cost average is $645K, and one of IBM’s largest SIEM customers with over $20B in revenue and 32,000 employees averaged a 3 year cost of $5.048M. Pricing estimates were provided by a study done by Forrester, “The Total Economic Impact Of IBM QRadar Security Intelligence Platform”. These cost estimates do not take into account the savings or ROI benefits that significant risk adjustments have provided these companies.

Note: Cybersecurity AI and User Behavior Analytics technology can be attributed to some of the above mentioned ROI benefits, they also considerably enhance administrators and security analyst’s abilities and skillsets when implementing and using QRadar on a daily basis.

To receive a price quote or estimate, contact us with the quantities of the below infrastructure details that you want included in your QRadar SIEM Security Intelligence platform from each site (primary data center and remote sites separately). Note: QRadar SIEM has no event log per second or network flow per minute maximum. Your QRadar deployment will only be limited by the scope your company decides. For a complete understanding of how different event log and network flow types (NetFlow, J-Flow, sFlow, vFlow, and QFlow) contribute to identifying cybersecurity threats and vulnerabilities, please schedule a demonstration or watch the below short video demo. 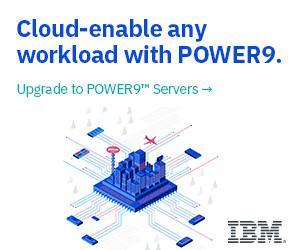