IBM i SFTP FTPS Secure FTP manager can be used on iSeries AS400 system to send or receive files from any library or IFS directory, can encrypt any OS400 file type with Commercial PGP encryption, can connect to any other platform type with ease, can automate entire FTP process and integrate with existing applications and proceses. IBM i SFTP, FTPS and MFT software saves companies a lot of time setting up and managing secure file transfers. The native IBM i SFTP and FTPS MFT software that can send and receive any file type, to and from any other platform, and convert the files into the proper IBM i format, as well as put them in the desired iSeries library or IFS directory you designate. If needed, complex and customizable translations and conversions can be performed as part of the automated secure FTP process, such as XML, CSV, Microsoft documents, TXT and database files.

The IBM i secure FTP and automation use cases and examples are vast for this feature packed solution. Contact us for price, trials or schedule a demo of the IBM i SFTP FTPS MFT managed file transfer software package.

About using IBM i SFTP Secure FTP and FTPS SSH File Transfer Protocols
Secure FTP also known as SFTP, Secure Shell (SSH) transfer and SSH File Transfer Protocol runs over an SSH session, encrypts password and commands in one connection, and usually uses TCP port 22. SSH allows establishing a secure channel between the local and the remote computer, also used with port forwarding and SCP. Data transferred using SFTP is encrypted using an established encryption cipher on client and server. SFTP connections can be protected even more using public or private keys (public key authentication), which can be used instead of or in conjunction with username and password authentication. IBM i Secure FTP SFTP FTPS Manager implements the IBM OpenSSH application with some additional features for automation, compliance logging, and password controls.

Most security and compliance regulations require companies to use encrypted FTP communications, even when contents are encrypted, such as a file. The IBM i Secure SFTP FTPS Manager provides the automation and command support needed to meet both requirements. The Secure FTP Manager integrates with IBM i Digital Certificate Manager for certificate management and SSL communications, which enables full support for IBM secure audit journaling and native IBM i security controls. The IBM I Digital Certificate Manager is included with the IBM i OS400 operating system. If your IBM i has a SSL accelerator feature card (Cryptographic Coprocessor), the IBM i Secure FTPS Manager will utilize the IBM SSL accelerator hardware card to speed up SSL encryption. The IBM i Cryptographic Coprocessor feature codes are different on each IBM i model (Power5 4758, 4806; Power6 and Power7 4764, 4765, 4807 or 4808; Power8 and Power9 4767 EJ32 or EJ33).

IBM i Secure FTP SFTP FTPS Manager automation features can transfer any file by copying it to a library or IFS folder you define, including files in Windows Network folders, UNIX NFS mounted directories and remote IBM I direcotories. Receiving files from remote FTP servers via SFTP or FTPS can also be automated using Auto-Scan feature that periodically connects to an external FTP server, list the available files, and GET the desired files into your IBM i libraries or IFS folders, and integrate with your existing business applications.

Pretty Good Privacy PGP encryption is the standard for secure file encryption and decryption at banks, insurance companies, benefits providers, medical insurers, hospitals, financial institutions and like industry service providers. IBM i Secure FTP SFTP FTPS Manager implements industry standard PGP using RFC2440. PGP file encryption and decryption can be automated, or you can use the PGP commands for encryption, decryption, key management, and file signing. The commands and APIs available can extend encryption into any third party application. These PGP encryption automation functions enable processing decrypted files directly into your applications automatically for a 24X7 encryption solution. PGP key management is fully implemented on the IBM i platform and does not require external key servers or key stores. You can maintain multiple key stores for maximum flexibility, and there is no limit to the number of keys you create or import.

Exchange files with a company outside of your network can be challenging, which is why the IBM i Secure FTP SFTP FTPS Manager implements multiple features to help you solve firewall negotiation issues, including Clear Command Channel (CCC) command. After a password has been authenticated by the remote FTP server, the connection can be decrypted to allow the firewall to handle the FTP transfer. This strategy is used by banks and to ensure optimum security. When a remote FTP server does not support the CCC command, IBM i Secure FTP SFTP FTPS Manager provides extended

functions to allow the FTP session to continue. These functions are called “Intelligent Firewall Negotiation” and are included in the automated functions. 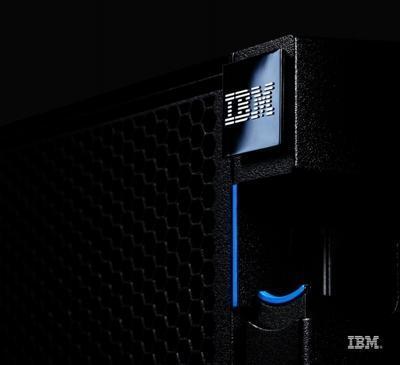 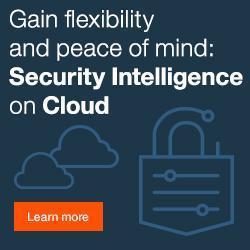