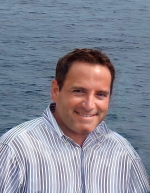 We said good bye today to a very dear friend and family member Henry Rodriguez.  It was a beautiful ceremony for a truly beautiful person.  Henry was loved by everyone that knew him, which showed by the huge turnout.  People flew in and drove to Florida from all over the country.  Those that had the opportunity to stand up to speak about him, knew exactly what to say.  Even if I were asked to speak, I do not know how I would have gotten through it.  The entire place had to be tears after hearing his sweet little daughter Oliva speak about her father, all the advice he gave her and how much she was going to miss him.  Ugh!

If you were unable to attend, you can view the entire Annunciation Church ceremony on YouTube.  There is also a GoFundMe page setup for his family where you can also post a message.

Henry was an amazing friend, father and husband, and we will all miss him dearly.  Everyone looked up to Henry… he set a great example for all of us, at work and as a human being.  I have worked for Henry for over 20 years, and I do not recall him ever losing his temper or getting mad at anyone.  You may have heard an “oh jeez” or “oh man”, but that was the extent of his outbursts.  You cannot teach or learn that type of behavior.  He was just a genuinely great guy.  In many ways, he was my shoulder angel.  Henry always did the right thing, which was probably why everyone loved him so much and why he was so successful in business.  People trusted Henry.  I believe most people would say he was the best in the industry at what he did.  Which is true, as he knew AS400s better than anyone, but at the end of the day, I think people just loved doing business with Henry because he was a great person.

He was also very thoughtful and giving person, and always made time for everyone, no matter how busy he was.  Every holiday, anniversary, birthday or any special occasion, he made the effort to reach out to you.  I don’t know if he used some program that would trigger a personal message on a specific day and time, but he always remembered.  It was really nice.  This past New Year’s Eve, it was about 30 minutes to midnight and Henry was in a coma at the time.  I couldn’t help but think of him, knowing he would not be texting me “Happy New Year man!”.  Going forward, it will be hard to go through a holiday and not think of him.

Probably his most glaring and rememberable trait, was his positivity and smile.  You could not look at Henry without seeing him smiling.  I am guessing he woke up and fell asleep with a smile on too.  Even people that only knew him through the phone, could easily tell by his voice… he was smiling.  There is no doubt he lit up every room he entered with his gigantic personality.

It has been almost an entire month since Henry passed, and I know everyone is in shock and at a loss for words still.  It is hard to wrap your head around why such good people have to go so young.  There just no way to explain it.  Henry was a one of a kind, amazing and irreplaceable friend, father and husband.  He meant everything to his family, whom he loved so dearly.  Henry left behind his wife Nikki and four children Ethan, Olivia, Brandon and Makenzie.  Please feel free to post a message or story about Henry for his family.